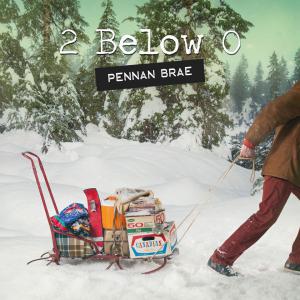 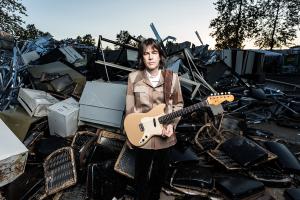 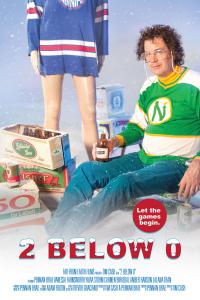 Vancouver based independent musician and filmmaker, Pennan Brae, releases his new album, '2 Below 0'.

I loved writing & recording '2 Below 0'. It's a rock & roll record start to finish & something I always wanted to do.”
— Pennan Brae

VANCOUVER, BRITISH COLUMBIA, CANADA, May 19, 2020 /EINPresswire.com/ — Riding the wave of his film and music successes over the last couple of years, artist/musician/writer/filmmaker, Pennan Brae, releases his new album, '2 Below 0'. The 12 song album is a 70's Rock (AC/DC, The Rolling Stones, Chuck Berry) influenced record and is also the soundtrack of his film, '2 Below 0', which takes place in the rural Midwest circa 1979.

The album is currently being played on stations across North America on AAA (Adult Album Alternative) and college radio stations, with the song, "Pay Dirt" as one of the favorite tracks. “I was feeling quite rebellious at the time of writing "Pay Dirt", says Brae. I was in an emotional rut and longed to shift gears. That frustration was channeled into the rhythm guitar of "Pay Dirt" and the lyrics which highlight the mood.” The record, while produced and recorded in today's standards, is reminiscent of rock music in the '70s, which is obviously where Brae's mind was as he was writing/filming/recording both his album and his film.

Full of bellbottoms, rainbow jackets, and 70's hair perms, the '2 Below 0' film follows Rusty Whittaker, an author stood up at the altar by his fiance. The emotional shock sends him reeling in retreat to the quiet countryside where he lives in a trailer and embarks on his literary masterpiece. The broken-hearted writer fashions a mannequin in the likeness of his ex-fiancee which in turn leads to conflict with a trio of jealous locals females who set out to (hilariously) disrupt Rusty's peaceful retreat. The film was shot in Central Oregon during the State's worst snowstorm in over a century. "We wanted a snowy backdrop & we got it in spades. Mother Nature cooperated beautifully which offered director Tim Cash some beautiful wintry landscapes. It was frigid to shoot but worth it. In fact, the temperatures were 'two below zero'", says Brae.

Pennan Brae's ‘2 Below 0’ film is currently on the film festival circuit where it’s won over 50 awards so far in the categories of best screenplay, feature film, and acting. ‘2 Below 0’ follows ‘The Astronot’ film which Brae also wrote, scored, and acted in. It’s received accolades at over 150 film festivals worldwide. (It can be found on Amazon Prime.)

You can watch Pennan Brae’s lyric music video for ‘Synergy’ (track 3 off the album) here: https://www.youtube.com/watch?v=uY8NLjT5_qg. The music is now on all major music platforms including Apple Music and Spotify.