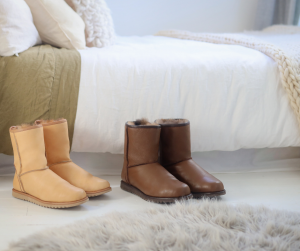 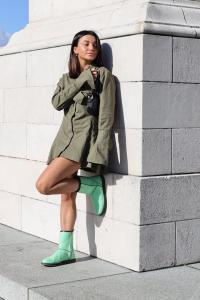 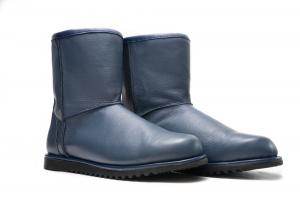 Having developed a superior footwear experience based on the natural performance of a unique fibre, Kiwi startup Keuzi have now launched on Kickstarter.

AUCKLAND, NEW ZEALAND, July 21, 2020 /EINPresswire.com/ — Kiwi startup Keuzi have created a whole new footwear experience based on the superior natural performance offered by the fur of the brush-tailed possum; a light, natural fibre with characteristics that are arguably superior to merino wool in performance.

After many months in the making, and having battled through the challenges and disruption caused by the global pandemic, the Keuzi team, led by founder Neil Tayor, are excited to launch their boots via the crowdfunding site Kickstarter. “With an amazing response in the lead up to this point, and hundreds of people subscribed for our launch, I’m excited to see this idea come to fruition” says Taylor.

Handcrafted, Keuzi’s Possum Boots have been specifically designed to utilize the unique properties of this natural fibre – which regulates temperature, wicks away moisture, and reduces odor – to create a footwear experience so comfortable they'll be the first thing you put on in the morning, and the last thing you take off at night!

It has been Neil’s passion for New Zealand’s world renowned natural ecosystems that have been the catalyst for Keuzi. Possums are an introduced predator in New Zealand, and are causing devastation to New Zealand’s native plants and birds. “The New Zealand Government's Department of Conservation (DoC) has declared the possum as one of the greatest threats to our natural environment with their numbers estimated to be over 30 million” says Taylor. “Our goal with Keuzi is two-fold – We want the world to experience this incredible fibre, while also stimulating conservation efforts that will help to reduce possum numbers and protect New Zealand’s unique native wildlife."

With a strong understanding of the important role conservation plays in protecting New Zealand's stunning native plants and birds, Keuzi exists to support and provide an outlet for these conservation efforts. “We only accept possum hides from New Zealand where they are a byproduct of this conservation work, and not raised for their pelts” says Taylor.

With this conservation focus, Keuzi have proudly partnered with New Zealand’s largest conservation organisation where a percentage of proceeds from every pair of boots sold is donated, helping to protect New Zealand's unique beauty for future generations.

As for developing the product during a global pandemic, Taylor and the Keuzi team have taken the challenge in their stride. “COVID-19 has presented obstacles for following a more traditional route of developing the product offshore, so we have completed the design and development at home in New Zealand” says Taylor. “This has been a steep learning curve, but we’ve been up to the challenge.”

Joining Taylor throughout this journey have been the creative talents of some of New Zealand’s leading footwear designers and technicians, including Nick Couch. With extensive experience in leading the development and delivery of innovation projects internationally, and a background in environmentally conscious footwear design, Couch has provided valuable guidance to the project's foundations.

Now, after months of hard work creating boots that are as suitable an addition to a fashionable outfit, as they are with a bedrobe; boots with the comfort of your favourite pair of sneakers, and the softness of a pillow, it’s time to take Keuzi’s boots to the world!

Keuzi boots are available now via the crowdfunding platform Kickstarter.