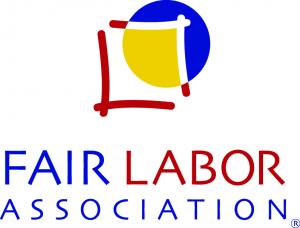 A new FLA report shows how its affiliates increased wages for factory workers in China and Vietnam.

Factory workers in the supply chains of three FLA affiliates earned increased wages during the regular workweek as factories reduced excessive overtime – a persistent issue in apparel factories around the world and a common violation of the FLA standard on Hours of Work.

“Too often, factory workers must work excessive overtime to supplement low pay to make ends meet, but that’s not fair to workers,” said FLA President and CEO Sharon Waxman. “A better quality of life for factory workers is within reach when buyers, suppliers, and workers collaborate to achieve a living wage in a regular workweek.”

Overtime that exceeds 60 hours per week or leaves workers without one day of rest per week is common in global supply chains. Typically, factory workers seek overtime when they cannot afford basic expenses to support their families because of low pay earned during a regular workweek. Low pay is attributable to the pressure to produce products quickly and at a low cost based on expectations from buyers, retailers, and consumers.

The new FLA report, Reaching Living Wage for Garment Workers, presents practical approaches to achieving a living wage through better purchasing practices by buyers and better planning by factory management. Case studies in the report identify the root causes of excessive overtime and describe how buyers, suppliers, and workers collaborated to improve wages and reduce overtime.

For example, in China, New Era and its contract factory in Jiangsu began to talk more regularly about production capacity and upcoming orders. The factory adopted a higher base wage (replacing an hourly wage) and invested in new machinery to simplify production. Within two years, workers’ monthly net wages increased 57 percent.

In Vietnam, the Maxport Limited production facility in Nam Dinh changed its production planning schedule to assume a shorter workweek, built in time to account for unanticipated delays, and set stricter purchasing guidelines for its customers. Over a five-year period, the average increase in real wages was 39 percent.

The report is part of the FLA Fair Compensation Strategy, which outlines a path toward living wages for workers in global supply chains. As part of its fair compensation strategy, FLA developed a Fair Compensation Dashboard and wage data collection toolkit to help companies calculate what workers earn, understand the gap between actual and living wages, and measure progress over time. Using these tools led to the compensation changes described in the report. Today, the tools are used by more than 60 major apparel and footwear brands.

The FLA believes that every worker has a right to compensation for a regular workweek that is sufficient to meet the worker’s basic needs and provide some discretionary income. The FLA Workplace Code of Conduct states that employers shall pay at least the minimum wage or the appropriate prevailing wage, whichever is higher, comply with all legal requirements on wages, and provide any benefits required by law or contract. FLA-affiliated companies must take steps to progressively improve workers’ compensation when it is not sufficient to equal a living wage.

The Fair Labor Association promotes and protects workers’ rights and improves workplace conditions by facilitating collaboration among businesses, civil society organizations, and colleges and universities. The FLA, established in 1999, conducts independent monitoring to ensure that rigorous labor standards are upheld wherever its affiliates source their products by identifying the root causes of labor violations and proposing solutions to workplace problems.