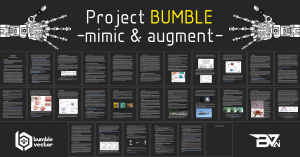 The project aims to create a suit (armor) that instantly interacts with body movements, protects it, and even enhances its abilities.

The project aims to create a suit (armor) that instantly interacts with body movements, protects it, and even enhances its abilities.

The suit combines nanotechnology such as nanofluids, polymers and nanopolymers, silicone, uses muscle tissue and nervous tissue, counterillumination and color changing for mimicry, and at the right time will prepare a collaboration with the Neuralink project.

The company started its activity in 2019, but in a completely different direction. The first steps were in the creation of vector graphics.

At the beginning of 2021, the company started a collaboration with Ccoin Network and Sourceless Inc. This is the company that builds SourceLess Blockchain platform, a revolutionary technology, with stable and secure internet with a democratic government. A blockchain like never before, that uses DL Technology.

DLT is a decentralized database managed by multiple participants, across multiple nodes. The transactions are then grouped in blocks and each new block includes a hash of the previous one, chaining them together, hence why distributed ledgers are often called blockchains.

Involvement of Bumble Vector S.R.L. in the area of ​​technology it is due to its founder Iulian Bondari. He started several important projects like the one we are talking about, for the moment under the name of "Project Bumble – mimic & augment".

Another project that is also in the research and fundraising stage is the "atomic duplicator" project. A machine that works like a music playlist, but where you choose for example the desired fruit, and the duplicator will create that fruit using almost nothing. Plenty of food for everyone.

At the moment, we are working on a 3D projection of the BV-AI suit (mimic & augment). Depending on the budget and future potential investors, we will publish other information along the way.